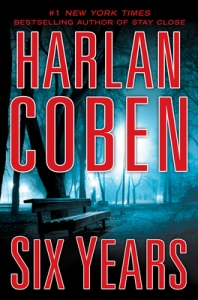 Synopsis from Goodreads: Six years have passed since Jake Sanders watched Natalie, the love of his life, marry another man. Six years of hiding a broken heart by throwing himself into his career as a college professor. Six years of keeping his promise to leave Natalie alone, and six years of tortured dreams of her life with her new husband, Todd. But six years haven’t come close to extinguishing his feelings, and when Jake comes across Todd’s obituary, he can’t keep himself away from the funeral. There he gets the glimpse of Todd’s wife he’s hoping for . . . but she is not Natalie. Whoever the mourning widow is, she’s been married to Todd for more than a decade, and with that fact everything Jake thought he knew about the best time of his life ? a time he has never gotten over ? is turned completely inside out. As Jake searches for the truth, his picture-perfect memories of Natalie begin to unravel. Mutual friends of the couple either can’t be found or don’t remember Jake. No one has seen Natalie in years. Jake’s search for the woman who broke his heart ? and who lied to him ? soon puts his very life at risk as it dawns on him that the man he has become may be based on carefully constructed fiction. Harlan Coben once again delivers a shocking novel that deftly explores the power of past love and the secrets and lies that such love can hide.

My Review:
This book will grab you, throw you back in your seat and make you hang on for dear life because it is going to be a heck of ride! This was so hard to put down because it didn’t let up for a minute. It is very hard to write a review with no spoilers and not so much gushing.

Six years ago Jake watched the love of his life Natalie marry another man (Todd) she made him promise to leave them alone but now six years later Jake sees an obituary for her husband and decides to go to the funeral and at the least catch a glimpse of Natalie but the wife is not Natalie it is someone else, someone who Todd has been married to for over 16 years. Jake sets out to find Natalie and discover what is going on, but some things are not that easy especially when you are trying to find someone who doesn’t want to be found and Jake soon learns the hard way that he is not the only one looking for her.

This is my favorite Harlan Coben book yet this had so many twists and turns that when you think you know what is going on it changes, yes, I was right on a few things but there were more aspects that left my jaw dragging on the ground. There were times when you have to roll your eyes at Jake, or maybe that’s just me because I am about as unromantic as they come. And there were times when you wanted to yell NOOOO at him as he charged from one dangerous situation to another (I actually did yell this once luckily I was by myself!). I really liked that Coben even had me wondering about Jake’s sanity for awhile I was beginning to wonder myself if Natalie was real or if it was a figment of his imagination, but that is what made this book so great even the reader starts questioning Jake. Okay I need to stop here because everything else I am thinking of writing is spoilerific but man do I want to discuss this book with someone who has read it!

If you haven’t figured out yet I loved this book, if you are looking for a thrill ride full of twists and turns you need to read this book!